This year I had the chance to attend my first EuroSTAR conference. The event took place in Dublin at the Dublin Convention Center. A fantastic venue for events the size of EuroSTAR.

Unfortunatley I did not book a workshop on Monday, so my first session was on Thursday. I started the day with a workshop by Michael Bolton about delivering solid problem reports. First we tried to think about what a problem is. Then we got together in a group of 2-3 people and we had a short testing session. The outcome of the testing session was a bug report which we handed over to another group. The other group then had to do a review and give feedback on the bug report delivered.

After the workshops and a lunch break the conference started with the first keynote by Professor Andy Stanfort-Clark of IBM Global Business Services UK about “The Internet of Things – It’s Coming!”.

The first talk I attended was “Testing in the world of startups” by Amy Phillips from Songkick. She highlighted some of the challenges of testing in a startup. Her statement was that startups do not always strive to deliver a bug free software in first place. It is more about identifying the right customer as well as the right features.

The next talk was by Rikard Edgren. He was talking about “Trying to Teach Testing Skills and Judgment”. In Sweden they have a special course of up to two years for teaching software testing skills. Rikard’s talk included some insights into his motivation to teach people and help them getting better.

The closing keynote of Day 1 was just great. I really enjoyed listening to Rob Lambert of New Voice Media talking about “Continuous Delivery and DevOps: Moving from Staged to Pervasisve Testing”.

Day 2 of EuroSTAR started with a keynote by Isabel Evans. She was talking about her experience on a change programme – “What to Do When a Change Programme Goes Wrong”. It was a very honest talk as she highlighted a lot of failures and resistance from people around her.

Most of the second day I spent at the TestLab solving puzzles and testing some robots. That was a lot of fun!

A very interesting talk was by Shmuel Gershon from Intel Israel. He came up with Six Secrets for Exploring Non-Graphical Systmems. The six secrets are:

Another good talk of day two I attended was by Christian Mastnak from ANECON in Austria. He was talking about a project where they tested the whole IT infrastracture and IT system of an airport. The most interesting thing was that they simulated human beings running around the airport making their way from check-in to boarding. They had to test automatic doors, the check-in process, the boarding process as well as using elevators, escalators and getting information from the information screens.

Finally Day two closed with a keynote which title was Software Talks – Are You Listening? Julian Harty, Independent Consultant from the UK was talking about getting as much information from IT systems as possible. The content of the walk was somehow related to Gershon’s talk about Six Secrets for Exploring Non-Graphical Systems. It was about getting system logs, crash logs etc. Julian mentioned that especially in the mobile world we should not ignore ratings in the app store.

Day 3 started with a session about Stylish Mobile Testing (Dan Ashby, Medidata and Nehir Yelkovan, Net-A-Porter). They highlighted some challenges we will face in mobile testing.

My last session on Day 3 was The Assumption Paradox by Jackie Frank from Eclipse IT Netherlands. This was a fantastic talk about how we make assumptions on a daily basis at work and in private life

Summing it up it was a fantastic conference with a lot of information, networking, social events, challenges etc. A big thank you to everyone for the brilliant time.

Looking forward to next year – EuroSTAR 2015 in Maastricht/Netherlands. I will definitely hand in a talk – and let’s see maybe I am going to be a speaker. 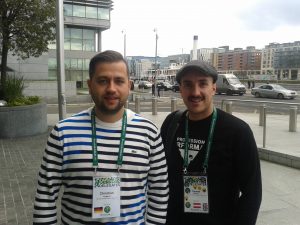 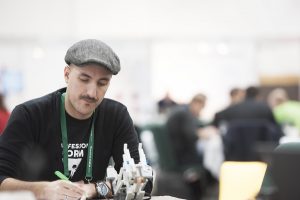 Display Dummies as Personas
Agile Tour Vienna 2014
We use cookies to ensure that we give you the best experience on our website. If you continue to use this site we will assume that you are happy with it.Ok