On 16 October 2014 the Vienna Mobile Quality Crew organised the first Mobile Quality Night in Vienna. The event was hosted by Ebcont proconsult in Millenium Tower overlooking the city of Vienna.

Looking back I have to say that it was a great event with a good mixture of a keynote and several lightning talks. I personally had the chance to do a lightning talk on Mobile First & Responsive Design. I could have done better as it is quite hard to nail a topic in only five minutes. Nevertheless I really enjoyed it and I am sure I will do a bit better next time 🙂

I espeially liked the keynote by Michael Palotas from Ebay on “Mobile and Web Automation under one umbrella”. In his talk Michael showed us how they automate platform independent with Selenium/WebDriver and Selenium Grid.

The talks were followed by a lively fishbowl discussion. Rudolf Grötz, one of the organisers,  opened the discussion with a hot topic – “Certifications,  Do we really need them?” There were different opinions on whether we need to be certified or not. I have the same opinion as Michael Palotas.  It is not essential to have a certificate. It’s not about the certification it is about what you can bring with you for example mindset, curiosity, willing to learn etc. . One critique I could hear during the discussion was that there are too many different types of certifications. They are  ranging from performance testing, security testing to test analysis, test automation etc.  So what does it really mean to have one of them but not the other?

I am really looking forward to the next Mobile Quality Night in Vienna and just want to say thanks for everything. 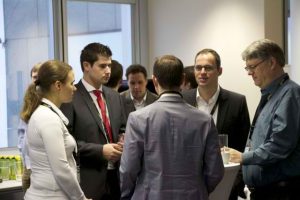 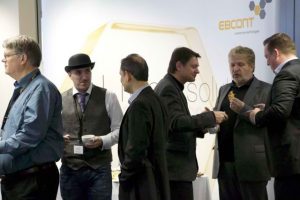 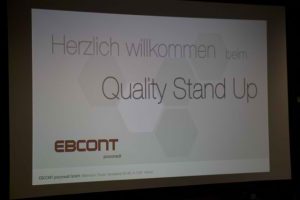 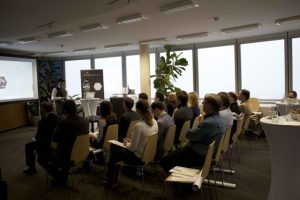 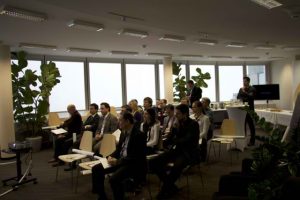 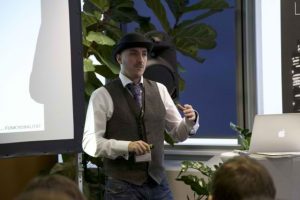 Focus your daily stand-up meeting on work and not on people
Are you prepared to expect the unexpected?
We use cookies to ensure that we give you the best experience on our website. If you continue to use this site we will assume that you are happy with it.Ok